For Level Seven Observer Cahn Dal, her mission is simple—on the surface.

Travel 700 years into the past, alter a complicated equation that will assure the continuation of her timeline, and slip out unnoticed.

Except someone else got there first, and he’s waiting for her.

Alexander Roen. The man she's loved since she was a teenager, and, to her disgust, she finds she still desires.

Roen, former Level One Observer, known traitor to the Foundation, and hampered by an old injury, needs Cahn’s help to find out who’s behind a massive conspiracy to alter their timeline. His body isn’t too broken, though, to forget his long-denied passion for Cahn.

Cahn reluctantly agrees to help find the one piece of evidence that will solve Roen’s puzzle. But when she finds it, barely escaping with her life, they find it isn’t the end.

It’s just the beginning of a deeper nightmare, one filled with monsters...and death. 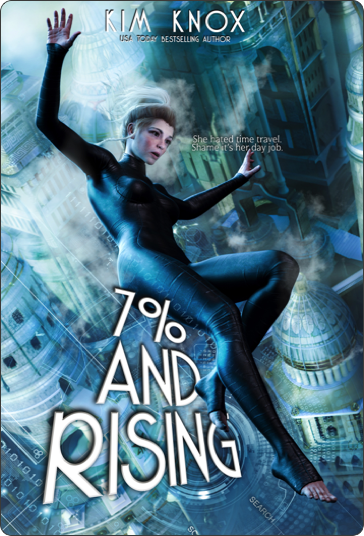