Vynessa Somerton was just a girl when she learned about true evil. An encounter with the tyrannical Corporation scarred her body and exiled her to the crime-ridden S-District. Now an adult, Vyn creates glamours, worn by those who visit a virtual playground to live synthetic dreams. She's tried to stay unnoticed by the Corporation, but her latest invention has brought their agents to her door.

Paul Cross works for the Corporation, but he's been plotting their downfall since they took his brother and replaced him with an imposter. Paul has a plan to get his brother back, but he's going to need Vyn and her invention to carry it out.

Vyn agrees to help Paul, but their alliance shatters the barriers she's put up to protect herself, tempting her to give in to desire. Just as Vyn starts to trust Paul and believe he wants her, scars and all, the Corporation prepares for its final move. Can Vyn trust Paul completely, or has he been using her all along? 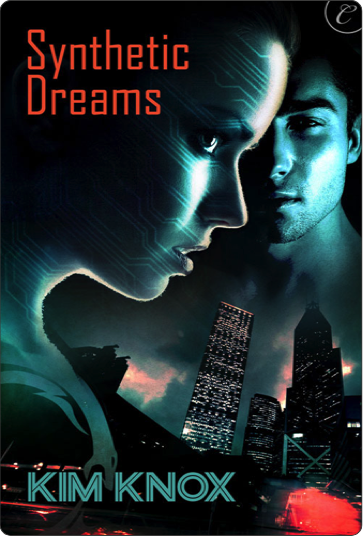